The very same day my last column hit the doorstep – a column focused on the kinds of attributes a leader should possess – Abbotsford-South MLA Darryl Plecas confirmed that he had indeed threatened to sit as an independent MLA if Christy Clark did not resign as the leader of the BC Liberal Party.  This, just days after Clark said during her final press conference that “every single person in the room asked me to stay”, referring to a meeting with her caucus the previous week in Penticton

In an exclusive interview with a local Fraser Valley newspaper, Plecas outlined his reasons for taking such a strong stand:

“I disagreed with the leadership, I wanted to see change and I wanted to make my point very forcefully because anyone who’s familiar with the history of the current leadership knew there was no chance she was ever going to resign.”  Plecas went on to say that “MLA’s need to have the opportunity to say what they really think… but without a leader and leadership staff willing to listen, it’s going to be the same old top-down, everybody’s told what to do.”

At the core of his comments were underlying themes of political agenda’s focused on winning elections rather than open, collaborative, healthy conversations focused on public service.  Plecas also stated that “if you want to appeal to people, what better way to go about it than to say, look, deep in our bones we’re going to try to accommodate every single interest and be truly mindful of issues across the board, rather than a sort-of very strict perspective on things”; once-again referring to the top-down leadership style of Clark and her leadership team.

With a public record that includes additional occasions where Plecas has openly called for integrity, humility, and evidence-based decision making, he has once again demonstrated that politics can still be about public service.

Most of my readers may not know this, but in addition to being the Managing Partner of a public affairs consulting firm, I have also had the great privilege of traveling through Canada and the United States – in addition to special engagements in Hong Kong and Singapore – speaking on leadership.

Though leadership is a broad subject that offers a great many perspective, there are a couple of key principles that I feel are worth noting in relation to the position Plecas took.

Another fundamental leadership principle that I believe strongly in is the notion of doing the right thing, for the right reason.  Far too often – at least in politics – it seems that even if an elected official is doing something for the ‘greater good’, it is later discovered that perhaps there was another agenda at play.  Not that I want to paint all elected officials with the same brush (those who regularly read my columns know that I hold those who serve in public office in very high regard), but it happens often enough that there are some rather negative stereotypes that have resulted.

Using these two principles as ‘metrics’ to discuss the action taken by Plecas, I could not be more proud of my long-time colleague and friend.  To stand before his Caucus and draw a line in the sand demonstrates that not only did he speak truth to power, but he did so for the right reason – to better serve his constituents.

Though Plecas will, undoubtedly, have made an enemy or two by drawing this line in the sand, everyone I have spoken to – even here in the heart of Vancouver – have all applauded his stance.  Perhaps, this singular action could not only serve as a catalyst for change within the BC Liberal Party, but perhaps also serve as a catalyst for re-shaping the political discourse provincially?  Indeed, if the feedback I have received regarding Plecas is as universal as I believe it to be, British Columbian’s are craving integrity and aren’t nearly as concerned with party politics.

Plecas, Politics and Social Media: We Can All Do Better

Millennials and Stereotypes: Are They Fair? 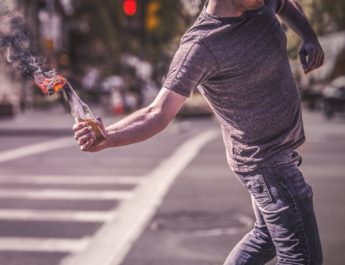