To be clear, I am not talking about the Trump Factor.  President Trump is what we would call an ‘outlier’.  Frankly, he takes things to an entirely new low that is almost incomprehensible for most.  Believe it or not – even if you take the Trump Factor out of the equation – things are still not what they used to be and haven’t been for a long time.  The question then becomes: Why?

In order to answer that we need to first acknowledge that there is no such thing as a perfect electoral system – thus, no such thing as a perfect outcome.  Whether it be ‘first past the post’ or ‘proportional representation’ (some versions of which hold promise, while others pose an inherit vulnerability to the stability of a government) the system itself is flawed well-before we ever get to conducting elections.  To that end, if we recognize that the system itself isn’t perfect, then we must explore these questions by examining the process in its entirety.

The first step in the process is finding good, well-qualified individuals to even considering running.  Increasingly, it has become more difficult to find such people.  Why?  In my estimation, it is because of the ‘politics’ of ‘politicking’.  From the challenges of navigating the internal systems (this applies to those affiliated with political parties), to a willingness to live one’s life in the spotlight, to what seems to be an increasingly thankless job (something that could be said of public services across the spectrum these days), one really has to be prepared to make some substantial sacrifices in order to have the ‘privilege’ of serving.

Should one decide to move forward, and should one be affiliated with a party, the next element that discourages good people from running is the nomination process.  Unless a party appoints its candidates – which is allowable, as parties are membership driven and, thus, members could have such provisions in their by-laws – those interested in becoming a candidate must first endure a process rooted almost exclusively in membership sign-ups.  The challenge with membership signs-up as a singular metric is that memberships can be manipulated.  Though many sign-up because they believe in a particular person, it’s also not uncommon for individuals to sign-up based on a sense of obligation, or even duress (and other such factors not at all related to the candidate and what they offer).

From there, once someone becomes a candidate it isn’t long before they begin getting indoctrinated.  Indeed, only the most tenacious, out-spoken, resilient individuals are able to pour the Kool-Aid down the drain.  Sadly – from what I am told – that is easier said than done, and often times makes life challenging for them.

Finally, even if they manage not to let the indoctrination get the better of them, these individuals are – by default – cast with the ‘Sins of their Fathers’.  That is to say, every political party has baggage; thus, no matter how old the ‘sins’ may be, no matter how many players around the table may have changed, and no matter how many new and forward-thinking ideas are introduced, there will always be those who are so set in their ways that they have no reservation about confronting, rather than listening.

If we accept that the process isn’t perfect, how then do we begin to change the outcomes?  I suppose, there are certain practical things that can be done (take, for example, ‘Green Light Committees’ that parties use to determine if someone is even eligible to be a candidate), but the reality is that in order for there to be substantial, broad-sweeping change, that change must begin with each and every person.  More specifically, it requires two things.

The first thing it requires is active participation.  While there is a role working outside the ‘system’ (i.e., advocacy), the reality is the ‘system’ itself will not change – or at least won’t change as quickly as it could – if people don’t engage it directly.  That means taking-out memberships, participating in events, attending debates and casting ballots; both in the nomination process and on election day!

The second thing it requires is everyone to do the right thing, for the right reason.  This, of course, is problematic.  However, if enough people engage the system in this manner, the law of averages tells us that the subsequent outcomes will be favourable.  To that end – specifically when it comes to candidate selection – people need to cast their ballots based on an individual’s education, experience, key competencies, and a track-record of making evidence-based, principled decisions.  In other words, the only way to stem the tide of those who leverage the system in order to manipulate the outcome is by getting good people to engaged in integrity-based decisions.

Will this ever be the case?  Who knows?  But for now, if you’re one of those people that strives to live by the kinds of principles I have outlined above, then I encourage you to find others who share these values and, collectively, get involved.  It may be challenging and even painful at time (something I have personally experienced as those I counted on left me feeling betrayed), but if it’s for the greater good then it’s worth the effort (and even the pain). 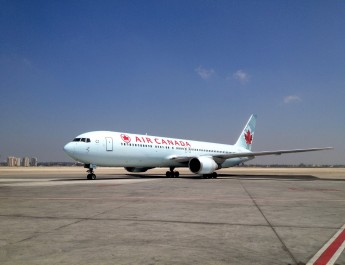 Air Canada to Launch Non-stop Flights from Vancouver to Delhi 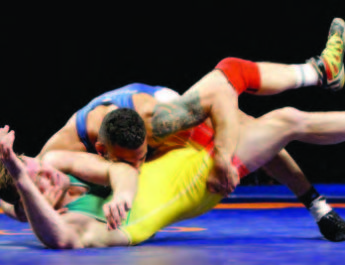 Congratulations to Jasmit Phulka for winning the 2018 International wrestling Sassari Gold Cup at Sassari city in Italy on May 26th. 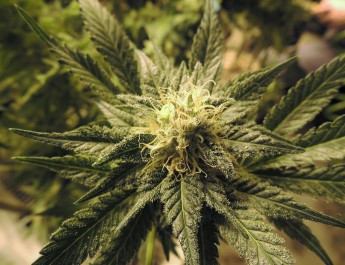